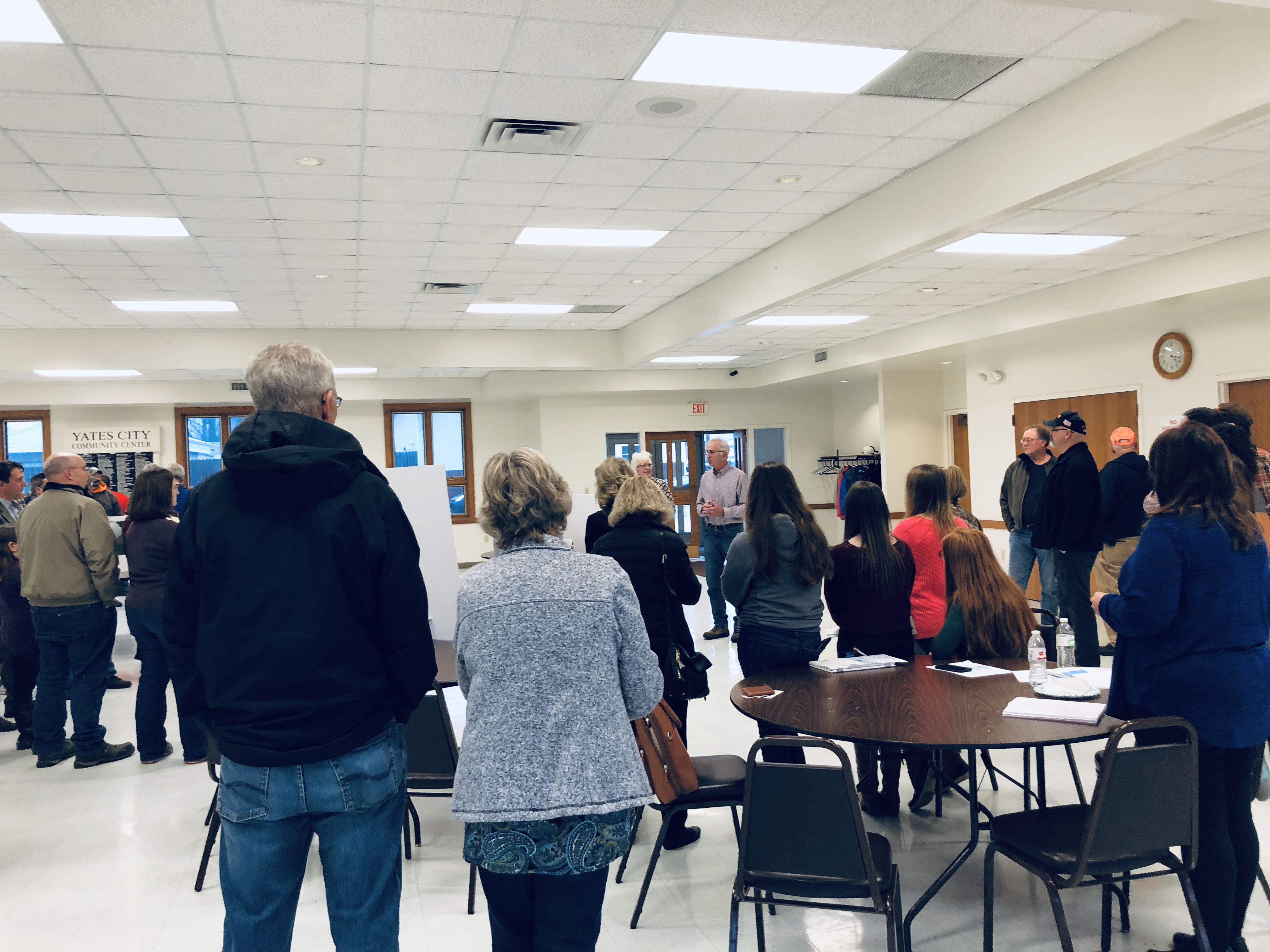 Trajectory Energy Partners, a solar energy company, will bring the county’s first community solar site to Yates City in 2019. Construction is projected to start in either winter 2018 or spring 2019, depending on the weather, and will take between three and six months to complete.

The site will contain approximately 7,000 solar panels total, and Trajectory Energy Partners would like to place the panels on single-access trackers so the panels will be able to rotate and follow the sun’s movements. Residents and businesses will be able to buy a monthly subscription for energy usage from the panels.

Ken Springer, president of the Knox County Area Partnership for Economic Development, said the project will provide about two dozen construction jobs, but he did not expect it would add any permanent jobs.

“Most solar projects don’t have permanent jobs as part of the creation,” Springer said. “These projects are pretty self-sufficient; once they’re constructed, they basically just sit there and soak up the sun and feed electricity into the grid.”

The project is expected to generate additional property tax revenue for the county, but the partnership did not know how much just yet. The state of Illinois is still determining what the depreciation and assessment rates will be for solar projects, Springer said.

Trajectory Energy Partners chose Yates City as the project site — specifically, the land of Ted and Janet Mottaz — because of the site’s proximity to Ameren and ComEd power systems and connections. Colleen Callahan of Colleen Callahan Consulting, the consultant for Trajectory Energy Partners, knew of the Mottaz farm location from living in nearby Kickapoo and working in Yates City and its surrounding area. She reached out to the Mottazes and asked if they would be interested in the project.

“(The site) can’t be out in the middle of an open field where there’s no infrastructure; it would be cost-prohibitive to run,” Callahan said. “A more ideal site is to identify a parcel that has some proximity to to either an Ameren three-phase (voltage system), or near a substation in order to connect it to the grid.”

The city of Galesburg has considered bringing solar panels to the community as well, but Callahan said Trajectory Energy Partners is not currently in conversation with the city about such a project.

“Would we be interested in learning more? Yes,” she added.

Trajectory Energy Partners will host an open house with more information about the project from 4-6 p.m. Feb. 19 at the Yates City Community Center, 101 N. Union St. Representatives from the company also will attend the meeting of the county’s Zoning Board of Appeals at 2 p.m. March 7 and the Assessor and Zoning Committee at 6:30 p.m. March 20 to request a conditional use permit and a rezoning of the Mottaz land. The full Knox County Board will consider finalizing both at its March 28 meeting.

Josh Bushinsky, partner at Trajectory Energy Partners, said the company started looking at land in Illinois for potential projects in early 2017 after the state of Illinois passed the Future Energy Jobs Act in late 2016.

“In Yates City, we’d been working with landowners there and looking at this project for at least the last six months or so,” Bushinsky said. “We are really excited about the opportunity to bring solar to Yates City and to Knox County.”

He added that Trajectory Energy Partners has had “a really great experience” working with the Knox County Area Partnership for Economic Development, which started advising the company on the county’s permit and approval process about four to six weeks ago. Springer said KCAPED fully supports the project.

“This is an entirely new type of project for the county,” Springer said. “I’m very excited to work with Trajectory.”