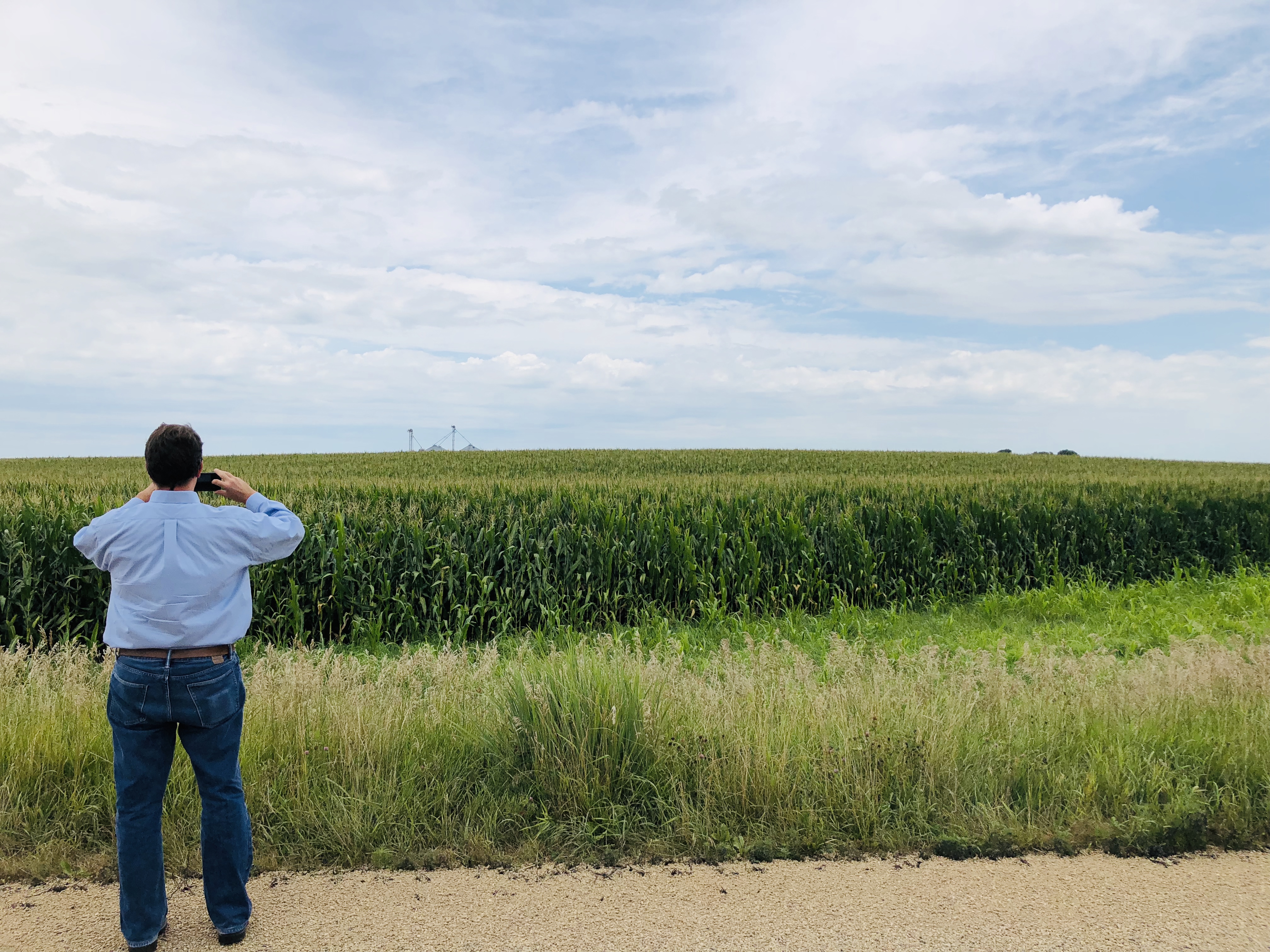 Source: PJStar.com
TOULON — Stark County officials have given the green light to the county’s first two community solar projects of the type being developed in numerous locations around the state.

The Zoning Board of Appeals and Planning Commission voted Monday night to recommend special use permits for the proposed side-by-side, 2-megawatt installations on farmland just south of Wyoming, and the County Board gave final approval on Tuesday.

“To me, it’s a benefit for everyone involved,” said ZBA member John Ryan.

Each site would occupy about 17 acres of land owned and currently farmed by Shafer Farms Enterprises LLC of Wyoming. The property is near that operation’s warehouse along Illinois Route 91 south of Wyoming.

The project is being planned by Trajectory Energy Partners LLC, which has been one of the busier solar developers in the region around Peoria this year. The Highland Park-based company has obtained contracts and permits for nearly 20 similar sites in at least four counties.

Like other similar projects spurred toward development by incentives offered under the state’s 2016 Future Energy Jobs Act, the Wyoming installations would offer subscriptions that could enable local electricity users to save an estimated 10 percent on their power costs. While one user can buy up to 40 percent of a site’s production, operators receive special incentives for supplying individual consumers and not just a few large entities, noted Trajectory partner David Lipowicz.

“It’s in our interest to sell to small subscribers,” Lipowicz said.

Like wind farms, commercial solar arrays have been assigned uniform assessment levels through state legislation. Based on generating capacity rather than acreage, the formula is expected to translate into about $15,000 in total property taxes for a 2-megawatt project, or a total of $30,000 for the two outside Wyoming.

At the same time, it will remain uncertain for at least a few months whether permitted projects will get built anytime soon. If the number of qualified applicants by a Jan. 15 state deadline exceeds the available state incentives, then there would be a lottery that could result in only about a third of them being selected in the first year, Lipowicz told the County Board.

“That sounds like a good guess — that something like a third of the projects will actually get the state incentives,” said Lipowicz, who also emphasized that Trajectory is making sure that all the planning bases are covered before then. “We’re confident that ours will be buildable projects if they get selected.”

In other business, the board:

* Voted to contract the county’s Emergency Management Agency operations to Henry County after part-time EMA coordinator Don Schmidt steps down Dec. 1. The total cost will be $35,416 a year, but $21,000 will be covered by state reimbursements and a Henry-Stark County Health Department grant, leaving $14,416 for the county, Schmidt said.

The current outlay of county funds is only $7,500 a year. But state funds bring the total budget for this year to $15,000, Schmidt pointed out.

“So the net (for contracting) is one-and-a-half percent less than the 2018 budget,” Schmidt said.

* Agreed to pay Bloomington consulting firm Bellwether LLC $6,000 to study the feasibility of raising certain fees in the offices of the county clerk and supervisor of assessments. The company estimates that justifiable increases will bring in additional revenue of about $4,500 a month, said deputy clerk Heather Hollis, who will take over the job Dec. 1.

“Potentially, the first month we’ll make up three-fourths of (the cost),” Hollis said. “I think it’s well worth it.”

* Agreed to pay county deputy Gary Bent $35,000 for a 1.4-acre parcel of land with a cinderblock and metal shed at the south edge of Toulon. The county leased the property for years as a vehicle impound lot and animal control facility, and the board decided to buy it after Bent put it up for sale and it was appraised at $36,000.

There is still some title work being done, said board Chairman Al Curry, and the closing is expected in November.