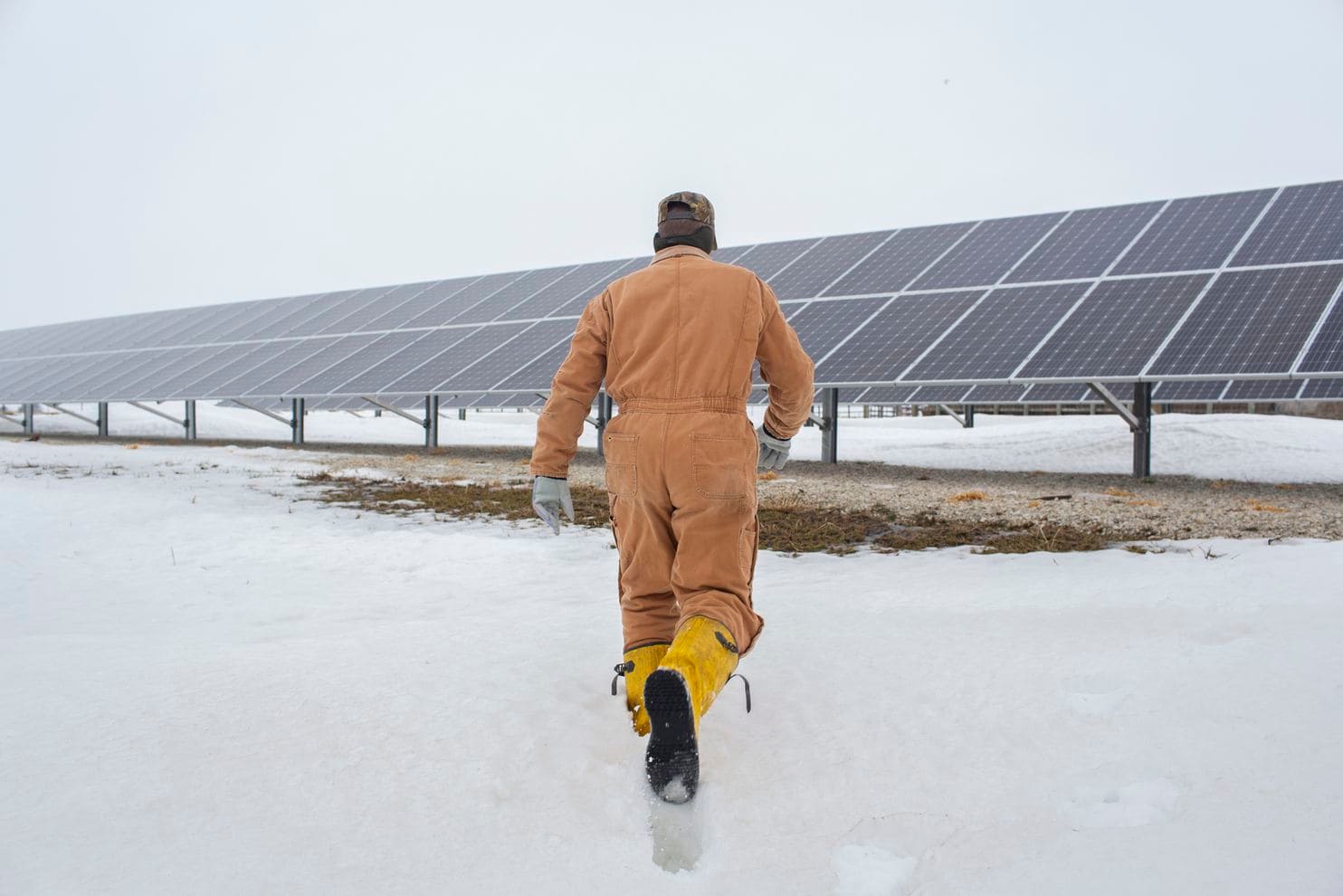 ORION, Ill.— Randy DeBaillie pointed to the power meter on his snow-covered farm: Even on a foggy, monochromatic day, with the sun barely piercing the clouds, the flat black panels planted nearby in two long rows were generating electricity.

“There’s enough energy produced to run the whole complex,” said DeBaillie, 50, who farms 6,500 acres with his brother and cousin. They typically grow corn and soybeans each spring, but this year they want to put more solar panels on 15 acres — and sell the energy.

The earnings, he said, would be about three times what an average harvest would yield there.

Across the flatlands of Illinois, a new crop is rising among the traditional waves of grain as farmers increasingly make the same calculation as DeBaillie. Hundreds have applied to host acres of solar panels on their property, a move encouraged by a state law requiring that renewable resources provide 25 percent of Illinois power by 2025.

The shift is controversial, and not just because of how it could alter the pastoral landscape. Taking some of the most fertile soil in the world out of production could have serious consequences for a booming population.

Yet farmers point to the uncertain economics of their lives and the need to have other income. Prices last year for the state’s most prominent crops were far below original projections, with University of Illinois data showing corn 7 percent lower and soybeans 15 percent lower. The Trump administration’s trade war with China triggered the steep drop in soybean prices.

Climate change is also spurring some farmers to rent acreage for solar panels, as a way to help combat global warming. “I like to believe I’ve done a small part in trying to slow that process down,” DeBaillie said. 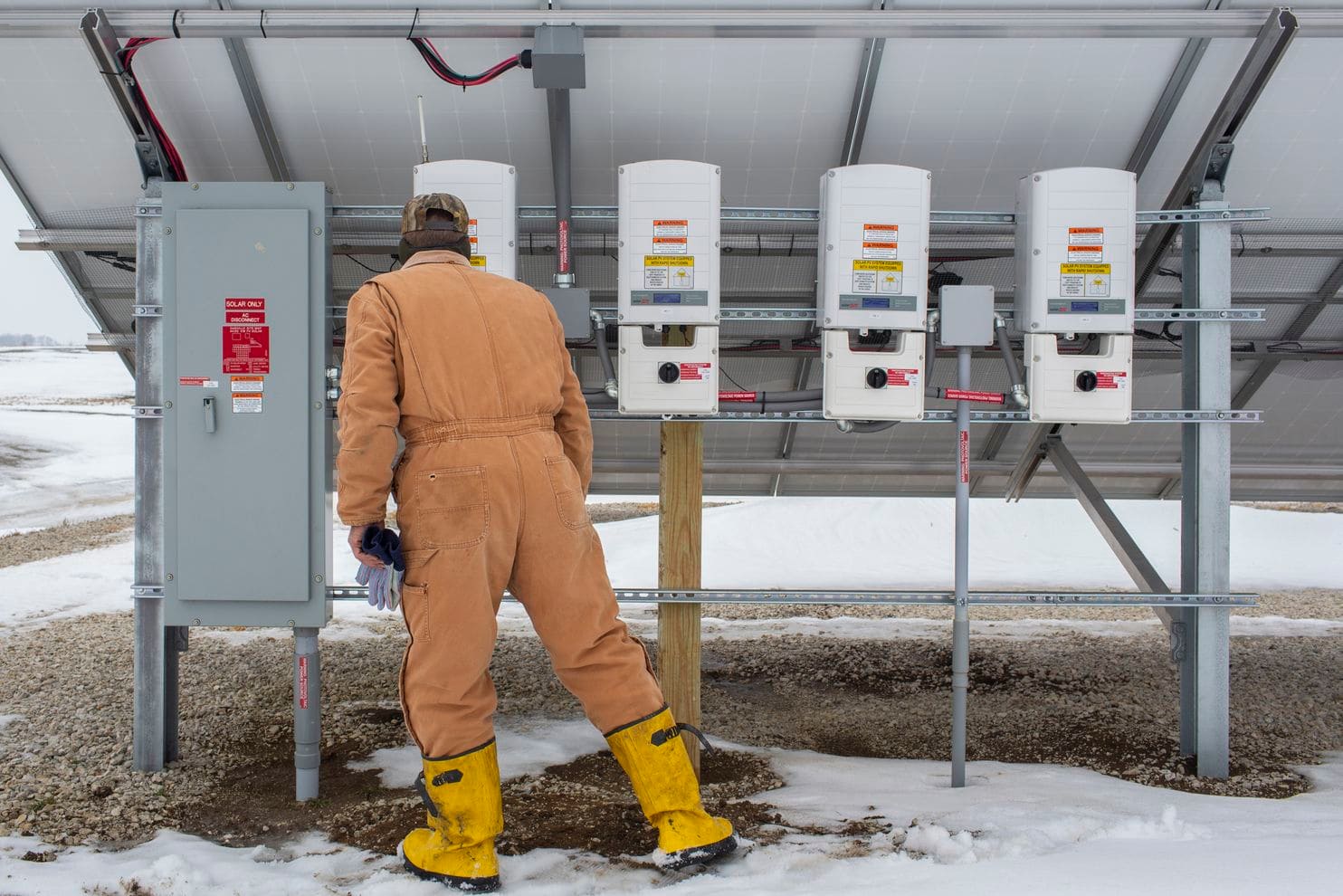 Prices last year for the state’s most prominent crops were far below original projections. Farmers say they can earn more on the same fields by leasing land to solar energy companies. (Youngrae Kim/For The Washington Post)

The consequences for agriculture are stark.

According to the federal government’s Fourth National Climate Assessment, released in November, more extreme high temperatures plus increased humidity and precipitation could mean more pests and pathogens on farms throughout the Midwest in the coming decades. Productivity could drop to levels not seen since the 1980s, the report warned.

In Carlyle, Ill., about an hour east of St. Louis, retired farmer Kevin Krebs is partnering with a Denver company, Pivot Energy, in hopes of adding to the small plot of panels he installed in 2018 for personal use. Having more solar panels could benefit his retirement as well as the planet.

Three solar panel projects are available under the state program and come in different sizes. The smallest caters to residential properties or small businesses, with panels often placed on rooftops. Medium-size projects, known as community solar, require panels over about 15 acres and typically produce about 2 megawatts of power. That’s enough to power up to 2,000 homes. The largest undertakings can cover hundreds to thousands of acres and operate almost like an individual power plant.

Proposals for midsize projects have become so popular that Illinois is hosting a lottery to determine who will be awarded contracts to sell solar electricity to large power companies in the state, which then delivers it to subscribers.

The state anticipates about 1,000 applications, with many of the proposed projects located on farmland, officials said. About 100 agreements will be issued starting in March.

As the projects go online, solar power production will climb from the current maximum energy capacity of 80 to 100 megawatts, according to Illinois Power Agency officials. Advocates like the nonprofit Illinois Solar Energy Association say that to meet the state’s 2025 goal, new installations to produce an additional 10,000 megawatts of energy capacity must be built. Wind energy would need to increase by 5,000 megawatts over the same period, said spokesman Peter Gray. 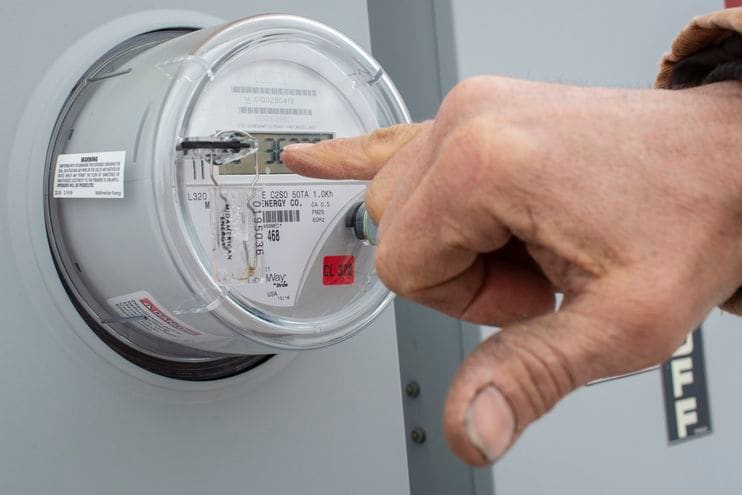 DeBaillie can also check on the panels’ energy production from his phone. (Youngrae Kim/For The Washington Post)

Still, some worry that farmers are embracing solar panels without thinking enough about what will be lost.

“The soils here in Illinois are some of the most productive soils in the world,” said soil scientist Robert Rhykerd, chairman of the department of agriculture at Illinois State University. The harvests help to feed a global population the United Nations estimates will rise to 9.8 billion by 2050 — up from 7.6 billion in 2017.

“That’s a lot more mouths to feed,” Rhykerd said. “We are farming all the most productive areas already, so what you’re asking us to do is take the best, most productive land out of production. What do you use to replace that?”

At the same time, Rhykerd understands the financial straits of many farmers.

“Soybean prices are in the toilet right now,” he said. “A farmer’s got to make a living. If they’ve got a 40-acre field that’s not as productive, it does make sense for those individuals to make that decision.”

Illinois officials seem to be taking those concerns into consideration.

Mark Raeder, who heads Midwest development for the Virginia-based Summit Ridge Energy, said in an email that many counties are pushing for panels to be located on less-productive acreage “that will have a minimal impact to current farming operations.”

In the northwest corner of Illinois, where his great-grandfather emigrated from Belgium during World War I, four generations of DeBaillies have worked the land. Randy DeBaillie built the half-dozen red sheds that serve as the headquarters for the family business. On a bitterly cold winter morning, they were surrounded by deep snow drifts. A thick sheet of ice blanketed the driveway. He stepped out anyway, wearing knee-high rubber boots and worn tan coveralls, to get to his solar panels.

If too much snow piles up on the panels, they cannot function properly. So he’ll grab a squeegee and clear it off.

One of DeBaillie’s fields, outside nearby Moline, is where Novel Energy Solutions aims to produce solar power to sell. Local permitting requirements played into his decision to propose the project for an area next to a wetland, which has some of the lowest production of DeBaillie AG’s thousands of acres.

“That frees us up to do something else,” he said. “More time in the field without having to invest more labor and equipment into a solar farm. It’s basically a net-net operation.”

The University of Illinois at Urbana-Champaign, the state’s flagship public university, built its first 20-acre solar farm in 2015 in an effort to reduce its dependence on fossil fuels. A second project, covering 55 acres, could be completed in 2020. 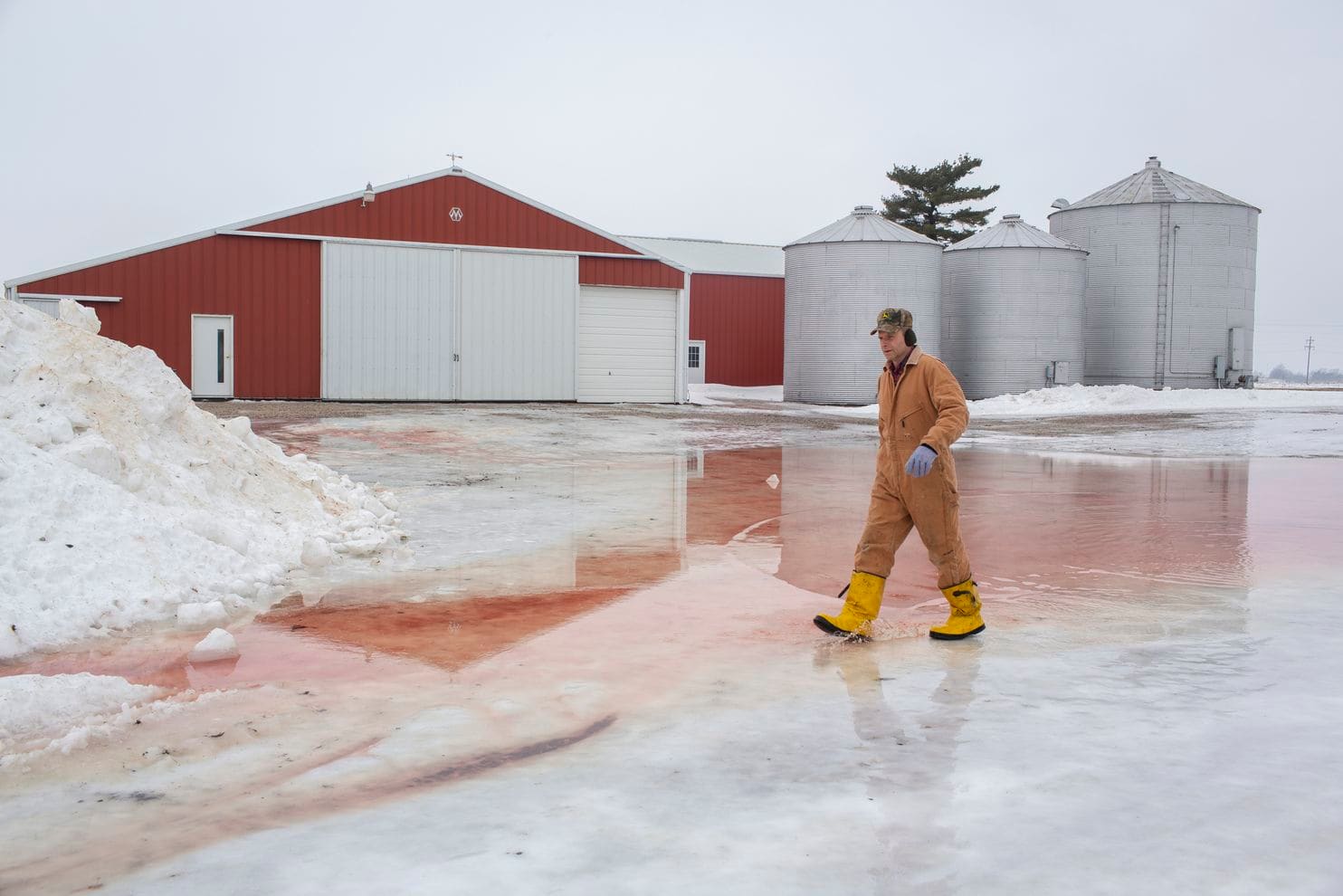 Randy DeBaillie’s great-grandfather emigrated from Belgium during World War I. Four generations of DeBaillies have worked the land in the northwest corner of Illinois. (Youngrae Kim/For The Washington Post)

“As an ecologist and sustainability person, I really am concerned about the expansion of renewables onto prime farmland. So that’s something to look at really closely,” said Evan DeLucia, director of the Center for Advanced Bioenergy and Bioproducts Innovation. But given climate change, “there’s a huge urgency to move forward and move forward as fast as we possibly can,” he said.

The university is focused on building solar panels on less-productive fields that won’t diminish from the institution’s large agricultural college, DeLucia said. Professors also are researching ways to grow high-value crops around the panels to keep land in production and maximize yields of energy and food.

“It’s not outside the realm of possibility to grow corn or beans under solar panels,” he said. “Imagine growing ginger, garlic, strawberries, a number of things that . . . could get you some bang for your buck per acre.”