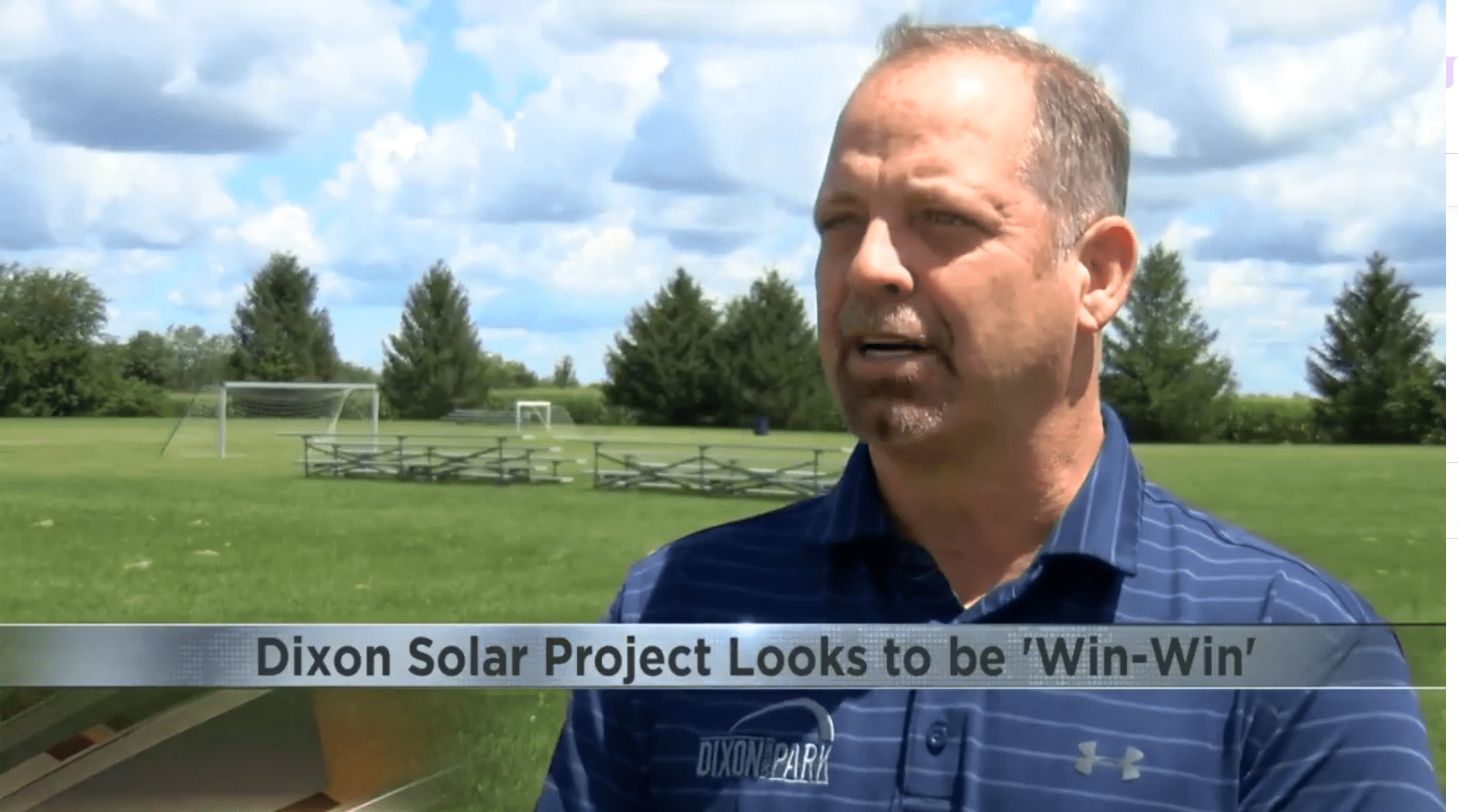 Trajectory Energy Partners is working with the Dixon Park District on a community solar project called Meadow Solar that will bring multiple benefits to the Park District and community members.

From wrex.com, by William Ingalls

Last year, it opened the Water Wonderland Splash Park, a project worth a million dollars.

In less than a month, the park district will open the doors on a three million dollar indoor center.

The park district looks to have a large solar field off of Washington Avenue. It’s land that the district currently farms to make around $5,000 a year, but that number would rise sharply to $43,000 a year with the solar farm.

Long says the solar farm would keep costs for district facilities down, keep property taxes at bay and offer residents another way to save.

“The good part is the community can sign up for community solar and get ten to fifteen percent off their electric bill in Dixon Illinois,” Long said.

Long hopes the extra money would go to more youth programing in the park district. He says their biggest youth camp has about 180 kids, but has aspirations to grow it even larger.

While some past solar projects have proven controversial with neighbors believing it will be an eyesore, Long says he’s seen unanimous support from the community.

“We had our own community meeting,” Long said. “We sent out invitations to all the people in the area. we had 35 people showed up and more than anything, they just wanted information on the solar field itself. there were no complaints, no issues.”

The project was already approved by the park district, but still needs zoning approval by Lee County and approval by the state. Long says he hopes that’s all finished by February.

From wrex.com, by William Ingalls